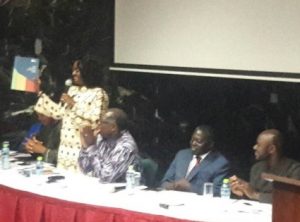 Accra, June 29, GNA – Mr Adam Mutawakilu, National Democratic Congress Member of Parliament for Damongo and the Deputy Ranking Member on Mines and Energy Committee on Wednesday urged the Ministry of Lands and Natural Resource to
immediately constitute the Minerals Development Fund Board (MDF).

He said the MDF law was to streamline the raising and disbursement of minerals funds to boost infrastructural development in mining communities as well as support efforts to discourage illegal mining.

Although the Minerals Development Fund Act 2015(Act 900) had been passed, it was yet to be implemented by the executive arm of government, Mr Mutawakilu said in an interview with the Ghana News Agency on the sideline of the launch of 2017
Resource Governance Index (RGI) by the Natural Resources Governance Institute (NRGI).

He said the country stood a chance of gaining significantly if there was strict adherence to the mining laws, adding, that some commitment was needed to implement such laws.

In an address delivered by the Mr Benito Owusu Bio, Deputy Minister of Lands and Natural Resources, on behalf of Mr John Peter Amewu, the Sector Minister indicated that the Ministry was developing modalities for the implementation of the Act. 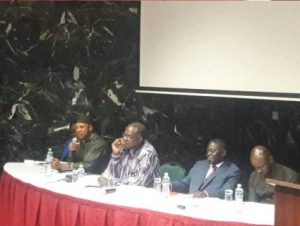 He noted that although the mining sector had a good number of legislative frameworks, policies and programs, there was the need to acknowledge the myriad of challenges facing the sector with notable among them being the illegal mining menace.

Mr Amewu said the government was currently restructuring the small-scale mining sector with project management approach through the Multilateral Mining Integrated Project to improve the overall governance structure of the sector and seal the mineral revenue loop-holes identified.

In the area of value addition and linkages development, the Sector Minister said the government was putting in place appropriate policies to address the identified gaps.

“We believe that the efficient management of our natural resources was critical to the socio-economic development of this country.

“The government is therefore committed to developing the right policies and appropriate governance framework to enhance the growth of the mining sector to its desired level,” Mr Amewu said.

He said the RGI collated NGRI was a laudable tool to assist governments of resources producing countries including Ghana to access the progress of the governance in the natural resources sectors.

Mr Amewu commended Civil Societies Organisations and research Think-Tanks for their valuable contribution to improve transparency and accountability in the country’s extractive sectors adding that the RGI would improve natural resource governance.

Ms Barbara Oteng Gyasi, a Deputy Minister at the Ministry for Lands and Natural Resources launching the 2017 RGI, said the government was undertaking major land reclamation of exercise for agriculture purposes.

Ms Oteng Gyasi noted that the government was strengthening the Minerals Commission to efficiently, monitor activities of mining companies in Ghana.

Dr  Augustina Adusah-Karikari of the Ghana Institute of Management and Public Administration said though environmental laws existed, their implementation had been a problem for the country, making it difficult to protect our environment from deteriorating.

Giving a highlight of the 2017 RGI, Mr Emmanuel Kuyole, a Consultant at the NRGI said: “Poor control of corruption is associated with a larger gap between legal framework and implementation.” 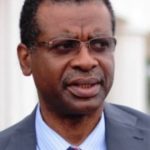