The delayed release of funds to the Minerals Development Fund (MDF) has negatively affected the implementation of development projects in mining communities.

Apart from the late release of funds from the Ministry of Finance to the MDF, a chunk of the required budget is in arrears, making the judicious use of the fund difficult.

The Coordinator of the Mining Community Development Scheme (MCDS), Alhaji Abdul-Manan Adam, disclosed this in an interview with the Daily Graphic in Accra.

“The disbursement of funds from the Ministry of Finance to the MDF has not been encouraging. If we expect 100 per cent of the mandatory funds, we end up getting between 15 and 30 per cent. Currently, we are in 2020 but we have arrears from September 2019. We expected GH¢31 million disbursement, but we received GH¢9 million,” he said.

The fund was set up through the MDF Act, 2016 (Act 912) to provide development projects in mining communities that have been negatively impacted by mining activities.

It derives funds from 20 per cent of minerals royalties received from the Ghana Revenue Authority (GRA), holders of mining leases, money approved by Parliament, grants, donations, gifts, as well as investments made by the MDF Board.

Per the disbursement formula, the Office of the Administrator of Stool Lands (OASL), the MCDS and the Minerals Commission are to receive 50, 20 and 13 per cent, respectively, of the MDF.

The Geological Survey Department and the Ministry of Lands and Natural Resources are also entitled to eight and four per cent, respectively, while four per cent has also been set aside for research.

Alhaji Adam said although the MDF had made a significant impact in mining communities with the releases made to it so far, it was worrying that the required funds had not been made available, as expected.

For instance, he said, in 2019, the approved budget for the MDF was GH¢130.8 million, but that was revised to GH¢99.8 million during the Mid-Year Budget Review.

He said the MCDS had put its share of MDF allocations to prudent use in mining communities, saying that its major achievement was the investment of over GH¢30 million in an alternative livelihood programme, through which over three million oil palm seedlings had been distributed to farmers in mining communities.

“Since 2017, we have signed a contract with Richie Plantation, a private entity, to provide one million seedlings at a cost of GH¢10 million every year and the company has delivered the seedlings for the past three years,” he said.

The oil palm seedlings initiative, he said, had made an impact on the lives of residents of mining communities, leading to some of them abandoning illegal mining.

Alhaji Adam added that the MCDS nursed and distributed 300 cashew seedlings in some parts of the Bono and the Ahafo regions in 2019, with a plan to scale up to cover more people.

According to him, one of the major activities the MCDS was engaged in was the establishment of Local Community Management Committees (LCMCs) at 17 mining zones for the implementation of projects.

He said eight of those LCMCs had so far been set up. 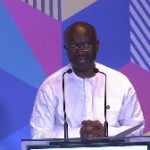 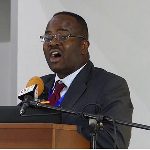