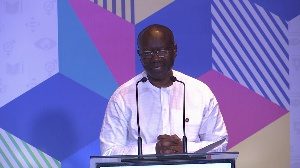 Finance Minister Ken Ofori-Atta, has revealed that plans to issue an initial public offer (IPO) to raise US$750 million for the Minerals Development Fund has been scheduled for March this year.

The sale of US$750 million shares in the mining fund was initially planned for January 2020, but the government postponed it as it sought to review the rules and processes that dictate mineral royalty payments.

But in an interview with Bloomberg TV following the issuance of the US$3 billion Eurobond on Tuesday, Mr Ofori-Atta said the US$750 million IPO of the mining investment fund would now go on sale next month.

“We have made considerable progress and we would have more meetings before I leave. We are confident and we are targeting March for the IPO that is US$750 million which will further go to strengthen our foreign exchange reserves,” he said.

“This will also diversify our economy into a more modern economy and take advantage of our branding as the largest gold exporter on the continent at this point,” the Finance Minister said.

The Ghana Minerals Investment Income Fund (MIIF) was established by an act of Parliament which was passed in December 2018. It has been structured to receive royalties and pay dividends from these inflows.

Among other things, the MIIF Act seeks to use the Minerals Development Fund (MDF) as a special purpose vehicle to raise funding for development in health, education, economics and other sectors.

Previously, Ghana’s mineral royalties went into the consolidated fund, where 80 percent was retained and 20 percent was disbursed to the MDF.

Under the new law, the whole of mineral royalties will be lodged in the MIIF, where part of it will be disbursed into the consolidated fund and other statutory funds stipulated under the law. 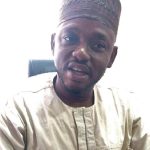