The Lands and Natural Resources Minister, Alhaji Inusah Fuseini has announced that government is developing a bill to spell out the disbursement of revenues from the mining sector.

This will follow in the steps of the Revenue Management law which guides the use of revenues from the oil and gas sector.

Players in the mining sector have been calling for a fund which would help track revenues from the sector and enable Ghanaians to appreciate its contribution to the economy.

AlhajisFuseini announced this at the opening of the 6th Revenue Watch/GIZ Summer School for participants from 12 countries, still underway in Accra. He said, “Ghana has also decided to put in place a Mineral Development Fund Bill which is going to be laid before Cabinet, to provide transparency in the management of ceded royalties to mining communities.”

When passed into law, the Fund expected to track mining revenues and their disbursements. Currently, most mining royalties go to local assemblies and Chieftaincy stools and there are no clearly spelt out means of tracking the disbursements, especially by local Assemblies.

According to the minister, local mining communities will now identify projects for which the fund would be channelled into. This, he believes, will bring transparency and accountability in the disbursement of mining inflows. He said this will also clear the perception that mining has contributed little to the development of the nation.

In an address, former CEO of the Ghana Chamber of Mines, Dr Joyce Aryee challenged African leaders to make it a point to stop failing their people in the midst of abundant natural resources.

Citing countries like China, Korea, and Singapore, Dr Aryee said if these countries made it despite the global economic challenges, then Africans have no excuse to fail. 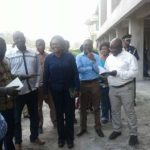 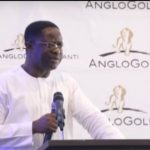